Judge race between Bill Miller and Monty Murry is heating up 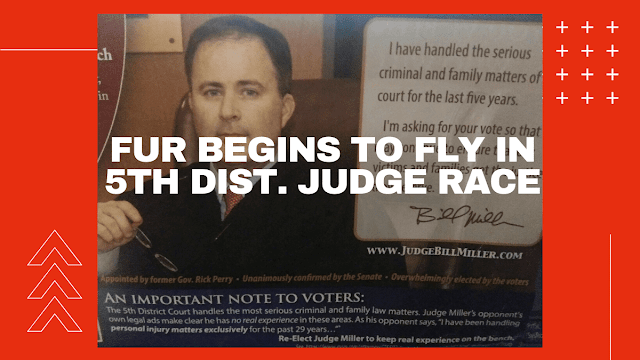 The race for the Republican nomination for 5th District Judge serving Bowie and Cass counties is getting hotter — fast.


This week, Judge Bill Miller issued a stern warning against voting for his opponent.


And lawyer Monty Murry is not exactly pleased about it — citing his decades of legal experience.


The advertisement is something of a surprise from Miller, who was appointed in 2015 by Texas Governor Rick Perry and was elected (unopposed) in 2016.

In the ad sent to voters through the US Mail, Miller issued a statement labeled "An important note to voters."

It reads: "The 5th District Court handles the most serious criminal and family matters. Judge Miller's opponent's own legal ads make clear he has no real experience in these areas."

The ad then takes aim at Murry for his current law practice involving tort litigation (personal injury) as well as a lack of judicial experience.

The Miller campaign also totaled up all the years in prison he has sentenced offenders to serve: 630 since 2015. His campaign also says the judge has handed down 19 life sentences.

A reporter spoke with Monty Murry (yesterday) and Judge Bill Miller (today) about the ad.

Monty Murry's response to the advertisement was published today. You can read it by clicking here.

Bill Miller's discusses the political mailer in an article that will be published by 9 am on Saturday. In the meantime, you can read about Judge Miller's candidacy by clicking here. 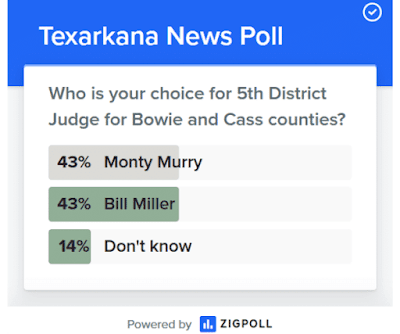 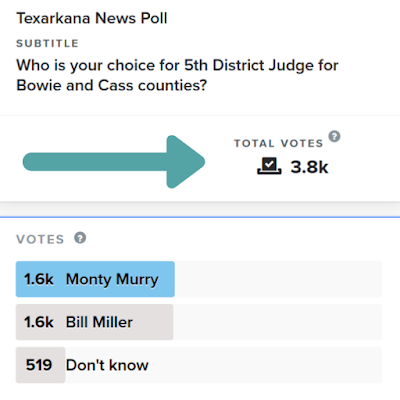