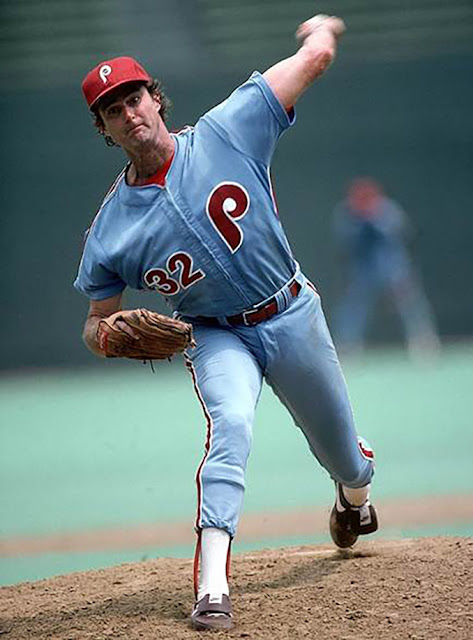 Some big names in baseball will be on hand in historic Hot Springs, Arkansas in early October.

Interactions with baseball legends Al Hrabosky, Steve Carlton and Ted Simmons are exciting people around the state of Arkansas and beyond who plan to attend the event.

The event will also include panel discussions of Hot Springs’ role as the Birthplace of Spring Training and guided tours of significant landmarks in that historical role during the Second Annual Hot Springs Baseball Weekend October 11 and 12.

All the events will be free and open to the public.

“Hot Springs’ role as an important landmark in the history of baseball in America has grown over the years with the increasing awareness that this place is where The Boys of Spring came to get ready for the regular season,” said Steve Arrison, CEO of Visit Hot Springs. “Our first Baseball Weekend was widely acclaimed, and this year’s weekend will be even better.”

The weekend will begin at 4:30 p.m. Friday, October 11, when Hrabosky hosts “Afternoon With Al,” in which he will meet with youth baseball players in the Hot Springs Convention Center’s Horner Hall for discussions of the game.

He currently the color commentator on Cardinals’ regular season broadcasts on FSN Midwest.

Hrabosky's nickname is The Mad Hungarian because of his unusual last name and colorful character.

Saturday’s full day of activities will begin at 10 a.m. with the meeting of the Arkansas Chapter of the Society for American Baseball Research (SABR) in Room 103 of the Convention Center.

At 10:30 a.m. local and regional baseball historians will conduct a guided tour of two of Hot Springs’ most famous ballparks from spring training: Whittington Park and Fogel Field.

Those who take the tour will meet in front of the Historic Baseball Mural at the intersection of Malvern Avenue and Convention Boulevard for a briefing, then will depart for Whittington Park, located at the upper end of Whittington Avenue.

Participants will need to furnish their own transportation to the ballparks.

The tour then will walk across the street to Fogel Field.

Also known as Fordyce Field, Fogel Field was constructed in 1912 by the Hot Springs Park Company to meet the demand of over 250 major leaguers training in Hot Springs.

At 1 p.m. at the Convention Center’s Horner Hall the first panel — “Legends in Hot Springs: Stories of Spring Training” —  will convene to discuss the great stories of Hot Springs training that have never been told.

“You always hear about the great players and teams, but this will give you a glimpse of what they actually did and experienced while in Hot Springs,” Arrison said. This panel will feature baseball historian Tim Reid from Boca Raton, Fla., historian and author Don Duren from Plano, Texas, historian Mark Blaeuer from Hot Springs, and historian Mike Dugan from Hot Springs.

At 2:30 p.m. in Horner Hall, there will be “We Made It,” a second panel of ex-major league players who hailed from the state of Arkansas. Some played for many years, some only for a short time, but they all have memorable stories of their experiences in the majors. Confirmed players are :

•Rich Thompson, a Hot Springs resident, who pitched from 2007 - 2012 for the Angels and the Oakland Athletics.

There will be an autograph session after the discussion. The panel will be moderated by Rex Nelson.

Ted Simmons was the greatest offensive catcher in Cardinals history, playing for St. Louis from 1968-1980. He was named to six All-Star Games, caught two no-hitters and set a National League record with 182 home runs as a switch-hitter.

Simmons is considered one of the best hitting catchers in Major League Baseball history. He was renowned as a volatile competitor with an intense desire to win.

At the time of his retirement, Simmons led all catchers in career hits and doubles and ranked second in RBIs behind Yogi Berra and second in total bases behind Carlton Fisk.

He also retired with the National League record for home runs by a switch-hitter despite playing several years in the American League.

Steve Carlton, nicknamed “Lefty,” used martial arts and weightlifting as part of his conditioning program and got himself to a fitness level that allowed him to throw for 24 seasons in the big leagues.

A focused competitor, Carlton used his biting slider and a great fastball to achieve excellence on the mound.