Twins forced into Game 3 with Generals; Will play for series win tonight

Victoria, USA – The Texarkana Twins will be going for a series win tomorrow after the Generals forced the extra game by taking Game 2.
Local fans of the Twins are making plans to attend the hastily scheduled game this evening in Victoria.

The Twins offense came out flat again Sunday night as they fell to the Generals by a score of 9-1. It did not start that way though.

The Twins got off to a fast start plating 1 run in the first inning as Reese Durand came home to score on a 2 Out RBI Single by Christian Boulware to give the Twins the early lead. Michael McElmeel, the Twins starter on Sunday night, started out electric.

He did not allow a run through the first 4 innings but then trouble hit in the fifth.

There were bright spots for the Twins though. Boulware continued to heat up, going 2-4 on the night with another RBI. Reese Durand continued to reach base more often than anyone as he scored all 3 runs for the Twins so far this season and added to more hits Sunday night.

Matt Sesler also rebounded, coming in after McElmeel and, while he gave up 4 runs, only 2 were earned and he kept the walks down.

The Twins said to tell the Texarkana public that they "said thank you to all the Twins fans for the support even here in Victoria." \

The Twins will attempt to clinch a spot in the TCL Championship game here in Victoria Monday night. 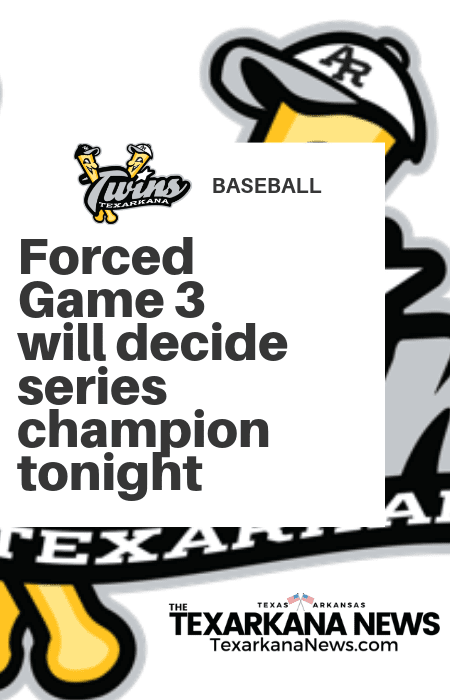 For more information about tickets to those games and more visit texarkanatwins.com or call  903-294-PLAY.