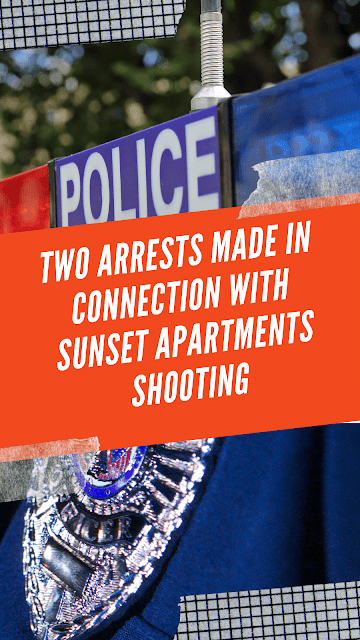 A third suspect, Isaac Taylor, 19, of Texarkana, Texas is still at large and being sought by authorities.

While the details leading up to the shooting remain unclear at this point, detectives have been able to determine that the victim went to the apartment to meet with someone.

Once there, an altercation ensued that resulted in him being shot multiple times. Witnesses described three men fleeing the apartment on foot immediately after the shooting. Detectives arrested Green after he later returned to the scene, and Mitchell surrendered to police on Sunday at the Bi-State Criminal Justice Center.

The victim was initially transported to Wadley Regional Medical Center by LifeNet EMS and later transferred to a Little Rock hospital for treatment of this injuries.

Green and Mitchell are being held in the Bi-State Jail, where their bond has been set at $100,000 each. A warrant for Aggravated Robbery has also been issued for Taylor.

The Texarkana Texas Police Department continues to investigate Saturday’s shooting at the Sunset Apartments, located in the 1600 block of Allen Lane.