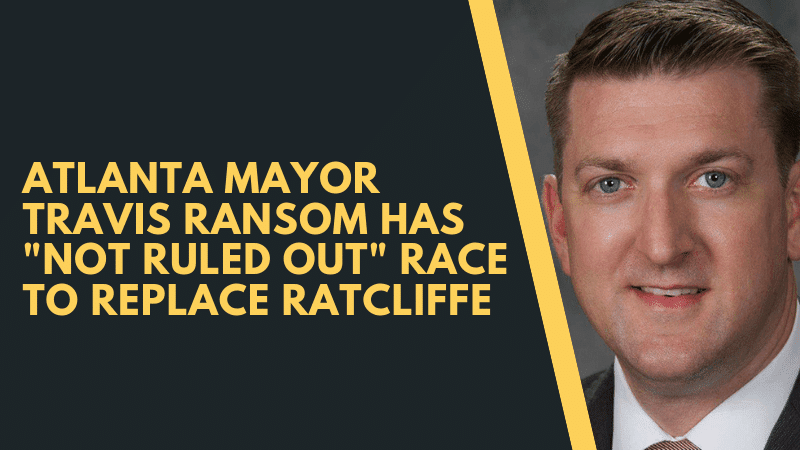 Atlanta, Texas Mayor Travis Ransom seems like just the type of person who could be elected to U.S. Congress in the Fourth District.

He had high praise for Congressman John Ratcliffe who will be leaving Congress to become Director of National Intelligence — subject to U.S. Senate confirmation.

"It's obvious that I think the world of Congressman Ratcliffe," Ransom said. "I have confidence in him as well in the new position he will hold."

On Monday morning, Ransom sounded like someone who was seriously considering whether or not to take the plunge though he would only commit to the fact that he has "not ruled out" a run for the TX-4 race.

In further conversation, he added that he would give serious thought to running after discussions with work, family and friends.

Besides being Mayor of Atlanta, Ransom is in the U.S. Army Reserves and is an insurance agent with Offenhauser, Inc. He graduated with a BAAS from Texas A&M - Texarkana.

The careful consideration seems natural for someone who worked for State Senator Kevin Eltife for 11 years.

The Fourth Congressional District is a very pro-Trump district (75% of the vote in 2016) and Ransom's former boss, Sen. Eltife was on the leadership team for Jeb Bush in 2016. By October 11, 2016, long after Trump had won the nomination, Eltife refused to endorse the now-president.

Eltife's opinion on the president won't matter much, though. If Ransom runs, however, some voters will be interested if he is firmly in line with the president on critical issues.

Assuming Ransom could put together a reliable fundraising apparatus, he could be a formidable candidate. Indeed, the Atlanta mayor's friendly demeanor could disarm both voters and opponents.

In the end, however, it is likely that his job in the insurance industry, mayoral duties and family will be the deciding factors in his decision of whether to seek the Republican nomination for U.S. Congress in TX-4.

About the author: J. Jones is a graduate of the Walter J. Lemke Department of Journalism at the University of Arkansas. His articles have appeared in a few hundred newspapers in the United States, including some of the largest newspapers in America (USA Today and the Chicago Sun-Times) and smallest ones while covering state elections as a young reporter. He has been a proud Northeast Texas and Ark-La-Tex resident since his childhood