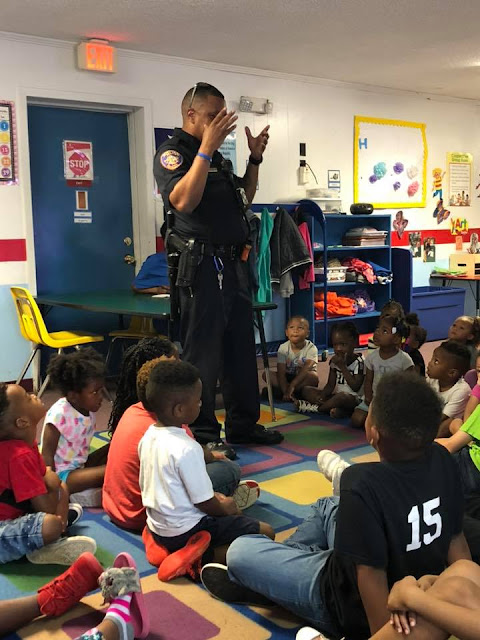 Getting up close and personal with police officers was thrilling to the kids of Little Pals Playskool in Texarkana on Monday.

The policemen enjoyed it, too, saying they "had an absolutely great time." And the photos taken of the event show everyone was very happy with the event.

Officer Karey Parker told the kids what it was like to be a police officer, and he even had the opportunity to let the children see his police vehicle.

Next, the kids wanted to fellowship with the policemen and did so with a sing-a-long that even included "Jingle Bells" even though it's more than six months until Christmas.

Apparently, there was even dancing. If anyone has video of the policemen dancing, it would be social media gold!

But the policemen should be thanked for taking the time to talk to the children and giving them an enjoyable interaction with police they will remember for years to come.