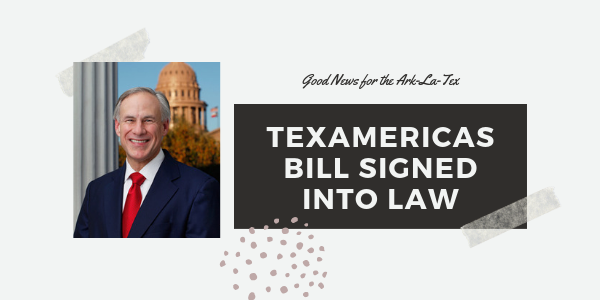 The news was confirmed by Stephen Chang of the Governor's office in an email message to our news staff, and the new law exempts TexAmericas leases from property tax.

Chang said the governor signed the bill on May 31.

It was not a foregone conclusion that Gov. Abbott would sign the bill since a few top conservative Republicans in the House, including State Representative Matt Schaefer of Tyler, voted against the bill.

Local officials believe the new law will make redevelopment at The TexAmericas Center more more competitive with other areas in attracting new business and manufacturing to the Texarkana area.

The bill was championed by local elected officials such as Sen. Bryan Hughes and Rep. Gary VanDeaver.