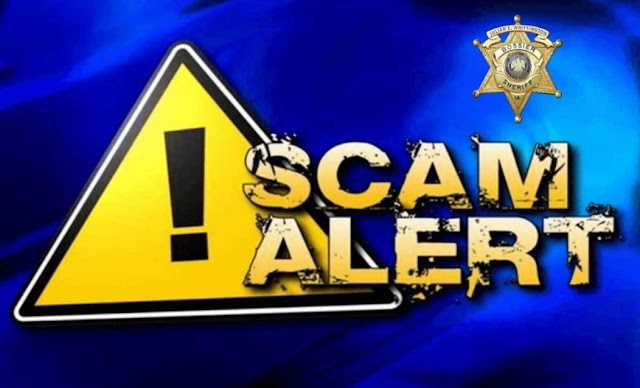 Police from across the ArkLaTex are reporting scams in which citizens are receiving phone calls demanding money from people claiming to be from police departments or sheriff's offices..


The crooks pretend to be deputies and say they need money right now to keep them from going to jail.

According to the Bossier Sheriff's Office, they have seen a significant increase in the number of reports of scammers calling local citizens saying they are a deputy. They then tell the unsuspecting citizen there is a warrant for their arrest because they did not show up for court. To keep from being arrested, they say the citizen has to pay money now.

This scenario is playing out across the ArkLaTex in every city and every county.

Police say that in one recent case, the 'victim' put the scammer on hold and contacted the Bossier Sheriff's Office directly, and they told her this was a scam. When the 'victim' switched back to the scammer and informed them they were an imposter, the scammer hung up.

In other versions of the scam, the caller will say they are an IRS officer seeking the immediate arrest of the citizen if they do not pay "overdue taxes" immediately.

These scams have been reported all over the ArkLaTex in places like Shreveport, Texarkana, Nacogdoches, Ruston, Arkadelphia, Longview, and Hot Springs.

"It's so unfortunate that scammers continue to prey on the fear of folks with the threat of jail time," said Bossier Sheriff Julian Whittington. "That's simply not how we operate, and I implore folks not to fall for it. Our deputies are not going to call you to say you owe money and tell you to send it in."

Here are a few safety tips to avoid being a victim of this scam and others:

1. Get information from the caller

If you receive a phone call from a police department, sheriff's department or other law enforcement office and someone says you owe money to keep from going to jail, please ask for their name and where they are calling from.

2. Call the scammer back

Tell the person calling you that you will call them back. Then go to your phone book or an official governmental page online and call the number listed there. Do not call the alleged scammer back with a phone number that they provide.

3. Never pay any money over the phone

Don't pay anything over the phone — unless you initiated the phone call and you are confident in the transaction and business or person with whom you are dealing.

4. If it sounds too good to be true, it probably is

There are numerous versions of the same scam, but almost all of them ask citizens to pay money immediately and are incredibly persistent. For instance, someone calling to say you've won the sweepstakes or a new car — and all you have to do is pay a small processing fee. As with most things, if it sounds too good to be true, it is safe to assume that it is.

Just use common sense and the tips above. Remember that scammers are very good at convincing people to do things they wouldn't normally do.