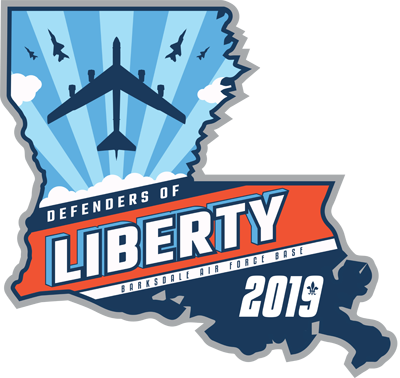 The Defenders of Liberty Air Show at Barksdale Air Force Base is back, and it will be bigger and better than ever.

The event now takes place only in odd numbered years, so it has been more than 700 days since the last air show, and the community is ready for the huge event which will help highlight the importance of Barksdale AFB to the community.

It was the huge cost of the event led to it being scheduled every other year. The 2nd Bomb Wing must use 2.500 men for three days - not including time preparing and planning for the air show. This means that 46,000 man-hours are used, but every minute of preparation shows because the event is one of the most well-produced events or air shows in the country. In addition, there are countless other people needed to put on an air show of this size and magnitude.

The event was first held in 1933, and it is a full weekend of displays of the latest and greatest military equipment along with historic military and civilian aircraft. According to the organizers, the event enhances the public awareness of the capabilities of the U.S. Air Force and Barksdale AFB through the displays and aerobatic performances.

The organizers of the event said: "It allows Shreveport-Bossier City to showcase Louisiana as the home of the B-52, pay tribute to service members,  and support the recruiting arm of the United States Armed Forces."

Barksdale.US will be offering daily coverage of the event. Stay tuned to Barksdale.US for the latest information about the Defenders of Liberty Air Show.