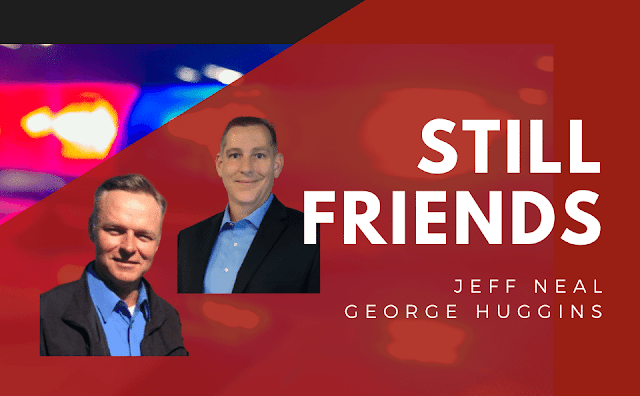 Some might think the first open election for Bowie County Sheriff in decades would be a knock-down, drag-out fight.


And the race probably would have been just a little less than a deathmatch if it weren't for the two, honorable and qualified candidates who put themselves forward.


Chief Deputy Jeff Neal and Constable George Huggins were friends before the race. And after the election, the opposing candidates confirmed that they still are.

Indeed, both men have been effusive in their praise for each other as they proclaimed their continued friendship following the March 3, Super Tuesday election.

The newly-elected Jeff Neal began the expression of goodwill:

"I want to recognize my opponent, George Huggins, for running a great campaign," Neal said in his post-election statement. "I am thankful that both campaigns were free of the normal vitriol we see so much in politics."

If that wasn't enough praise, Neal continued: "George is a fine lawman and a great family man, and I am glad, even after this race, to count him as a friend."

Not to be outdone, George Huggins also had kind words for his friend, Jeff Neal, as he offered a sincere note of congratulations in his note of thanks to voters.

You might recall Huggins' position as a constable forbade him from announcing his candidacy until early December —  more than 2 months after Neal declared his intention to run.

Lesser men might be bitter about this. But not George Huggins.

He campaigned with a warm smile and a friendly demeanor without ever badmouthing his buddy Jeff Neal — who also did the same.

This level of friendly camaraderie in a tough election campaign is not easy to maintain.

Frankly, it probably would have been easier for either Huggins or Neal to become adversarial with the hope of obtaining more support at the ballot box.

But both men took the high road.

You have set a high standard for future sheriff's races in Northeast Texas.

Hopefully, the citizens of Bowie County will appreciate the value of Huggins and Neal's continuing friendship after a tough election campaign — just as much as they obviously do.