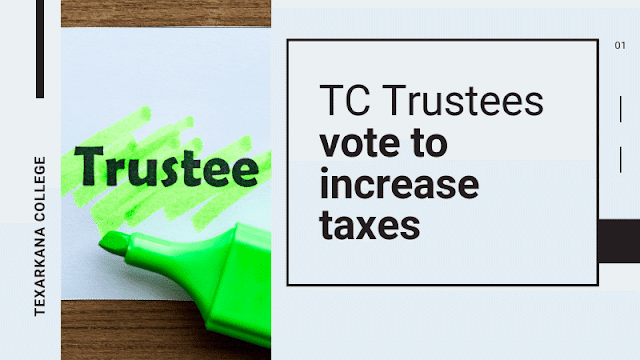 If you hate taxes, you won't like this news.

The Trustees of Texarkana College unanimously voted to adopt a higher tax rate for the 2019-2020 budget year against the wishes of some vocal local residents.

The college has billed the increase as "slight."

Some local citizens we spoke to were not happy about the change, and many have been vocally opposed to the increase on social media. It has even been a topic discussed in churches, school events, and restaurants.

There are 50 community colleges in the state of Texas, and TC President Jason Smith said that TC will have one of the lowest tax rates among this group.

“No one likes taxes, including me; however, increased reliance on support from local taxpayers is the state’s expectation for publicly-funded community colleges,” the TC president said.

Smith said state funding had declined over three decades and this is one reason the burden on taxpayers is higher.

"TC has raised student tuition rates to also help offset the decrease from the state,” he added.