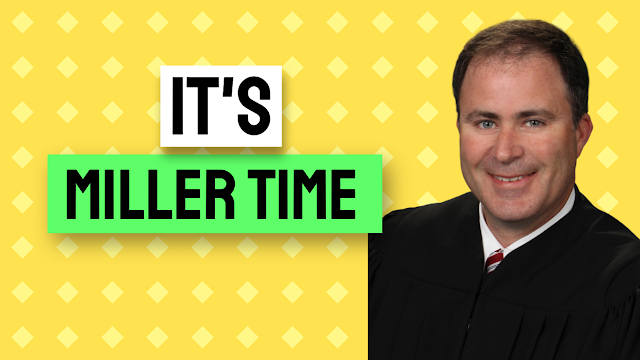 The race for 5th Judicial District Judge was announced in the early hours Wednesday morning, but initial results had already suggested a sizable win for incumbent Bill Miller.


At the end of the day, the judge did win another four years on the job.


He beat opponent Monty Murry by a two to one margin in unofficial results.

Many judges seeking re-election run safe campaigns and never mention their opponents. But not Bill Miller

Judge Miller chose to do the opposite and constantly contrasted himself with his opponent.

While Monty Murry has a good reputation that seemed to be maintained during the campaign, his career as a personal injury lawyer made for easy attacks from the Miller campaign.

Indeed, the results released Wednesday show that the public was obviously satisfied with the job he has done since he first took the bench in 2015 after being appointed by Gov. Rick Perry (and later elected unopposed in 2016).

During the campaign, Miller indicated that he wanted to continue the work he had been doing over the past five years.