Will George Huggins, Jr. be the next Sheriff of Bowie County? 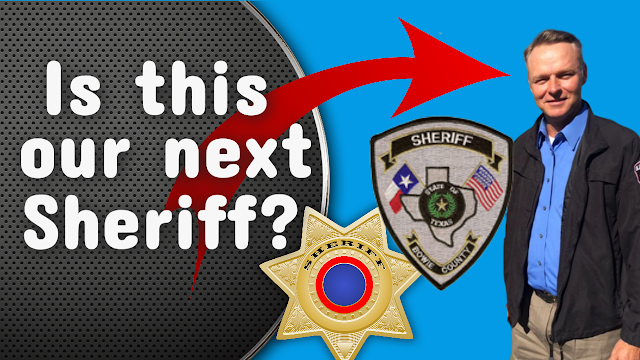 After Bowie County Sheriff James Prince announced in August that he was unlikely to seek re-election, the race to succeed him began.

However, there is one other name that has been discussed among law enforcement personnel over the last few months: George Huggins, Jr.


Huggins is Constable of Bowie County's Precinct 3 in New Boston.

We reached out to Huggins in mid-October about his possible candidacy, and he was very cordial in refusing to answer the questions of our reporter.

In fact, he provided us with a simple "no comment" about his potential candidacy for sheriff. Of course, "no comment" doesn't mean "no."

Later, we discovered there was a possible reason why Huggins couldn't answer our questions:

It involves Article XVI, Section 65 of the Texas Constitution. The constitution says that a public official (such as a constable) cannot announce he/she is running for office while more than 1 year is left on the unexpired term of the new office they plan to seek without triggering an automatic resignation from the existing office.

That means Huggins would be constitutionally required to lose his current job as constable if he announced right now.

As constable, he was recognized by KTAL-TV for his outstanding committment to the community at a Salute the Badge event in Shreveport in 2017. Huggins wife, Delane, and his two daughters accompanied him on the red carpet at the event.

Because of the automatic resignation issue, Huggins will likely wait until December to announce his candidacy — assuming he chooses to run.

Many local citizens are touting his candidacy, and his name is definitely being whispered over coffee in Bowie County.

However, Jeff Neal appears to be popular as well, and the chief deputy has been a frequent public face of the Sheriff's Department in the last few years as the right hand to current Sheriff James Prince.

An open seat for sheriff in Bowie County is exceedingly rare. So expect to see a close race between Neal and Huggins if they are the only two candidates for Bowie County Sheriff.

Take our Texarkana News Poll: Who do you want for Bowie County Sheriff — Jeff Neal or George Huggins, Jr? Pick your favorite or write in a name: