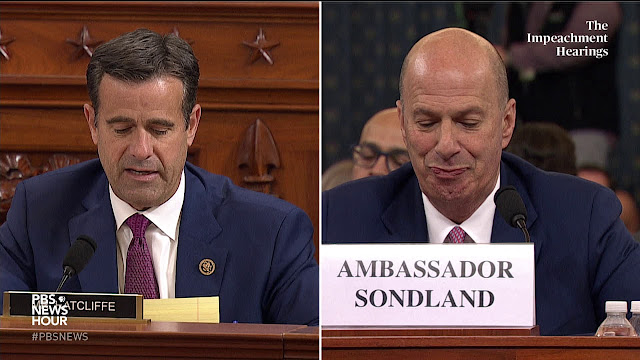 After being attacked from all sides, Ratcliffe realized he even had trouble getting meetings with Republican senators, and he asked to have his nomination withdrawn.

It seemed John Ratcliffe's star had fallen. But as they say, that was then, and this is now.

In the months following his withdrawal from the DNI job, it seems that the vocal Democratic opposition to Ratcliffe had more to do with their plans to make Ukraine central to impeachment proceedings.


Chairman Adam Schiff is a colleague of Ratcliffe on the Judiciary Committee, and political watchers said Schiff saw Ratcliffe as a threat to his impeachment bonanza.

Indeed, Reuters reported that a House Intelligence Committee staffer had met with the whistleblower in late July. Ratcliffe was nominated on July 28.

However, John Ratcliffe is back, and he is taking a star turn in the House of Representatives' impeachment inquiry, and the Northeast Texas congressman is winning new fans along the way.

As the former acting US Attorney for the Eastern District of Texas, Ratcliffe seems to come to hearings highly prepared, and he has managed to get unexpected answers out of witnesses.

Ratcliffe acknowledged this week that he does talk about strategy with his Republican colleagues, but he says the questions are all from him. Indeed, he says he reads all the information and uses that to formulate his questions.

This means that Ratcliffe has been able to use those documents to discover the truth.

The Fourth Congressional District of Texas seems to support Ratcliffe's efforts in Congress, and he is expected to easily win re-election — likely in a landslide. 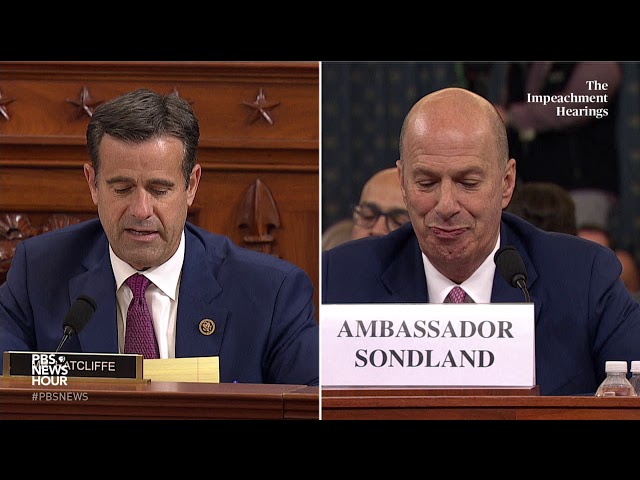