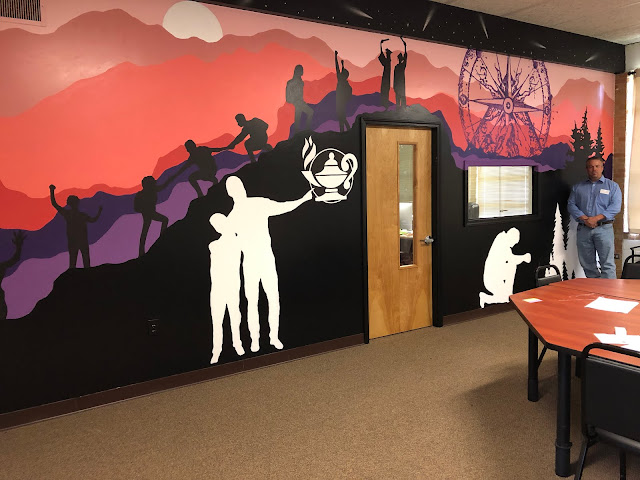 Sometimes being successful requires students to first visualize what success looks like and means, and that's what's happening in one innovative school in Hope, Arkansas.

Hope Public Schools Creative Action Team School Principal Mike Radebaugh stands in the conference room adjacent to his office and sweeps his arm in a broad arc across the bold imagery of a mural painted on the outer wall of his office.


“This represents our vision before we started the school,” Radebaugh says.

The CATS campus of the Hope Public Schools serves an innovative purpose; its mission is to put students who have struggled academically and/or socially within striking distance of personal success. CATS is an environment given to helping each student on the campus understand that he or she can succeed; that in modern terms, the Hope Public Schools “has their back.”

The mural captures what Radebaugh explains to the parents of every CATS student as they enter the program. But, now rather than simply explain the idea, Radebaugh can show it to parents.

The wall adjacent to the conference room door is dominated by the words “Breaking Cycles” in bold red with a figure representing the student crushing the words as they are pushed away.

The outer wall to Radebaugh’s office is covered with the remainder of the story, beginning with the student’s realization of the climb ahead, and the understanding that others will help along the way, until the student reaches the pinnacle of the climb at graduation.

In the foreground, the journey is defined by a figure representing educator Dr. Henry C. Yerger pointing a student toward “the lamp of learning;” the juxtaposed images underscoring the lifelong value of education.

Beyond the peak, a massive nautical compass set below a night sky keeps the student on a true course, while at the bottom of the wall, a figure kneels in prayer to support the student’s journey into life through learning.

The imagery is brilliantly executed in contrasting colors in the style of mural artist Erica Fry, who produced the work.

Radebaugh found Fry online after he and Hope High School teacher/coach Kelly Muldrew conceived of the mural idea during a professional development workshop in 2016. The CATS concept was in its early stages at that point, Radebaugh said.

“We were asked to draw a picture about the needs of the students in our area,” he said. “Miss Muldrew came up with the idea of ‘breaking cycles.’”

Radebaugh said the idea stems from the understanding that antecedent circumstances establish patterns of behavior, or cycles, in each person’s life.

The focus of social and educational assistance has traditionally been upon the consequence.

“Breaking the cycle begins the climb, with encouragement to have the courage to graduate and remain a life-long learner,” Radebaugh said. “The nautical compass helps you shoot for the stars, while others pray for your success; and, educators like Dr. Yerger push back against the cycles and point students to the ‘lamp of learning.’"

“That was his vision,” he said. “We chose to honor Dr. Yerger in that way.”

“I was born and raised here,” she said. “So, I have seen a lot of the problems and statistics first hand that our students face on a daily basis.”

That is one reason why she chose the teaching profession.

“My career is not just a job to me,” Muldrew said. “I want to make a difference. I want our students to know that we do care, we do understand, and we can help them change their lives.

Even though it may seem like the odds are stacked against us, we can change our outlook; all we have to do is want to, and ask for help.”

That's because breaking cycles is the mission. 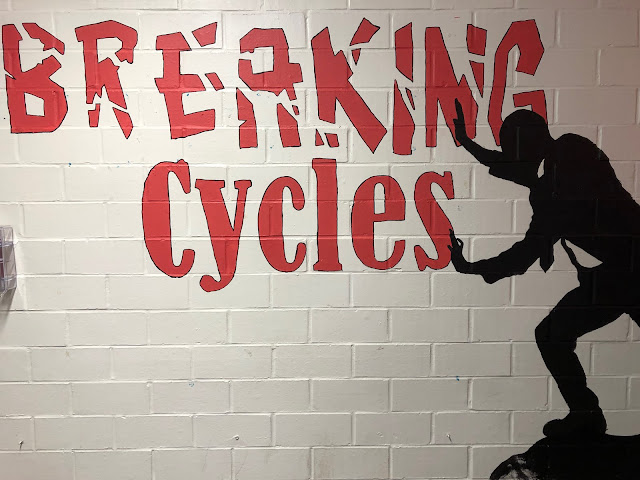 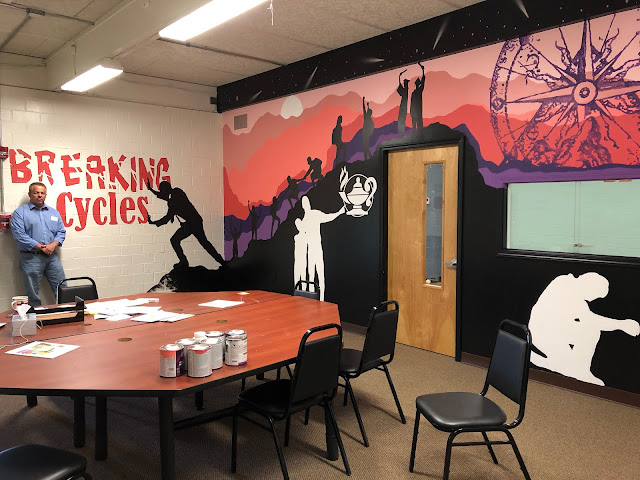 Photos and story above: A conceptual mural depicting the philosophy of the Creative Action Team School of the Hope Public Schools has been executed by Mineral Springs-based mural artist Erica Fry under a commission by CATS Principal Mike Radebaugh. – Ken McLemore/Hope Public Schools.