Jury to Mom: 99 years for not protecting four-year old from being murdered in Wake Village 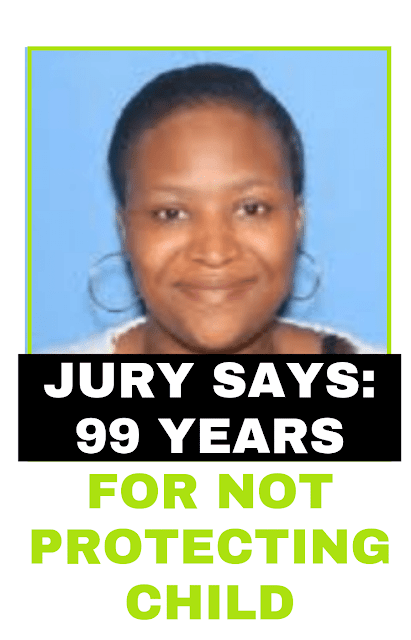 A Bowie County jury said Khadijah Wright violated a Child Protective Services order that was supposed to keep Benearl Lewis from seeing his children while alone.

They assessed her punishment at 99 years in prison due to the murder of D'Money Lewis, age 4 by Beararl Lewis in Wake Village, Texas.

The trial in Bowie County's New Boston, Texas courthouse had been widely followed in the community.

Defense attorney Jasmine Crockett called one witness during the trial: a Houston psychiatrist who said Wright was depressed and also had post-traumatic stress disorder.

A prosecution witness, however, alleged that Wright was malingering or faking these symptoms.

Benearl Lewis was found guilty of the murder of little D'Money Lewis in November 2018.

Jasmine Crockett, who represented Khadijah Wright, said her client was not a threat to the community and that the blame lied with the "manipulative monster" who she said managed to destroy every life he touched.