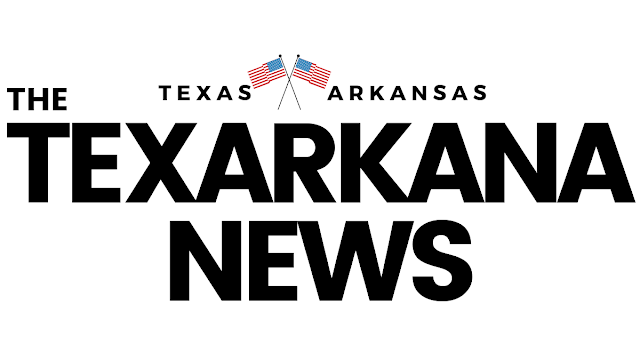 INTRODUCING TEXARKANA NEWS: TexarkanaNews.com and its sister online publication, ArkLaTexNews.com, were many years in the making and launched under the direction of Executive Editor Randa Thornton-Mason (see biography below) on May 4, 2019. The concept was initially developed in 2015 with the idea of establishing a news organization for the ArkLaTex region including Northeast Texas, Southwest Arkansas, North Louisiana and Southeast Oklahoma.

OUR CHALLENGE: The ArkLaTex has a population of more than 1 million people, and the geographic area it covers is vast. Like Texarkana, USA itself, our region is unique in many ways. In addition, our demographic and economic research showed our local communities in the Four States area were far more socially and economically integrated than we originally realized. This exciting discovery led to a critical question: How do we effectively cover a region as large and diverse as the ArkLaTex?

REACHING OUT TO THE COMMUNITY: To cover the ArkLaTex fairly and evenly, we decided to create local "hubs" to distribute news. This would allow us to produce "hyperlocal" or "very local" news for the important communities of our region, such as Texarkana. The goal was to offer a network of ArkLaTex news websites that moved across city and state boundaries to reach the entire region. An added benefit is that our effort could spur economic growth as more ArkLaTex citizens become educated about Texarkana and what it has to offer.

TEXAS AND ARKANSAS MATTER: Above all else, we wanted to be sure we effectively reported on Texarkana, Northeast Texas and Southwest Arkansas. This gave us one more challenge: Because our region includes four states, we needed a way to cover state issues unique to Northeast Texas and Southwest Arkansas while still retaining our original vision of incorporating the broader ArkLaTex region.

THE SOLUTION: We decided to launch separate Northeast Texas and Southwest Arkansas websites to collect news from our Texas and Arkansas cities and counties. This way, readers can easily find the news they want, and we can help communicate the importance of the Texarkana region to the ArkLaTex region. That's how NortheastTexasNews.com and SouthwestArkansasNews.com were born.

ADDING VALUE TO OUR COMMUNITY: One of the benefits of this project is the goal of stimulating education and business opportunities in Texarkana and other local communities. To encourage this, we launched two additional projects: The first: Company of the Day (CompanyoftheDay.com) highlights a different ArkLaTex small, medium or large business every first and third Monday of each month (excluding holidays). The second site: Four States (FourStates.com), is dedicated to higher education opportunities, such as universities, community colleges, apprenticeships and trade schools. In addition, we launched ArkLaTexWeather.com which provides daily and hourly weather forecasts for the ArkLaTex region.

HASSLE-FREE, BUSINESS-FRIENDLY ADVERTISING: We want to provide exceptional value to local businesses. Therefore, we're offering $99 per month teaser ads along with other discounts on advertising packages through February 2021. Plus, there's no contract to sign on TexarkanaNews.com. Click here to advertise now for best placement. Space is limited.

TEXARKANA NEWS AND THE WAY FORWARD: Our mission is simple: We want to provide relevant, interesting news and information for the citizens of Texarkana, Southwest Arkansas and Northeast Texas. We also want people in other areas of the ArkLaTex (and beyond) to learn more about Texarkana, USA and this wonderful region we all call home - while doing our part to promote local commerce, add jobs and expand opportunities.

Randa Thornton-Mason has a lengthy history of community service and business activity in the Ark-La-Tex. Before coming here, she attended Hardin-Simmons University in Abilene, Texas and worked as a bank and corporate retail auditor. As the wife of a US serviceman, she was employed in Germany by American Express Bank. After making a decision to establish roots in the Ark-La-Tex, Mrs. Thornton-Mason served as PTA president for area elementary and junior high schools. An avid painter, she was also named Cultural Arts Chairman for Texarkana ISD schools. For more than seven years, she served as director for a local ministry with five buses that brought children from Texas and Arkansas to church services and functions. She also wrote a weekly newsletter column about her experiences. In business, Mrs. Thornton-Mason served on the Board of Directors of Central Mall for more than 15 years. She owned and managed a Christian bookstore for over two decades and owned a seasonal Christmas store for 15 years. She also held and operated a James Avery jewelry franchise for more than two decades until James Avery retired from franchising and she retired from business in the early 2000s. Mrs. Thornton-Mason later worked as a business development consultant to help international Christian bookstores in Europe achieve better marketing and product distribution. She also helped operate annual international conventions in Amsterdam. On the internet, Mrs. Thornton-Mason distinguished herself in the mid-1990s by becoming a full partner of a top national Christian retail website that still successfully operates today. Although she humorously describes herself as somewhat of a technophobe, she also helped create and finance other websites in the 1990s which were later acquired and merged with other companies. She looks forward to using her years of experience in business, community service, journalism and the arts to fulfill her new mission of bringing local news, information and increased visibility to our Ark-La-Tex region.